Why GBC’s housing numbers do not add up. Listen to the public

Home » Why GBC’s housing numbers do not add up. Listen to the public

Jane Buckingham launched a petition to

recognise the wishes of Effingham residents of maintaining the Green Belt between Effingham and Bookham when Guildford Borough Council is consulted on the Mole Valley Green Belt review.

Members of the public had the opportunity to address GBC on these issues at the Extraordinary Meeting of the Council on 26 February, 2014.

The public speakers are not all named on the webcast.

You will be left in no doubt that the developers attack on the Green Belt is unjustified. 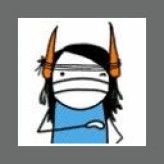