Que.  Who is behind the plan to remove 117 hectares from the Green Belt at Ockham?

Ans The land was acquired by a Caymans company called Wisley Property Investments (WPI). It purchased the land from Wharf Land – a Jersey company since liquidated. It is thought that the promoters of WPI are the same or similar to the people behind Wharf Land. But they remain hidden behind the secrecy of their offshore registration – beyond reach of British disclosure rules – and taxes.

Que So who fronts up for this company?

Ans. The person who consistently speaks on behalf of WPI (but refuses to disclose any information about its owners and financiers) is Mr Michael Murray. He regularly gives quotes to the Surrey Advertiser.

Ans. It turns out that he is a Conservative Party Councillor from The Vale of White Horse District Council in Oxfordshire. This is his entry on their website: 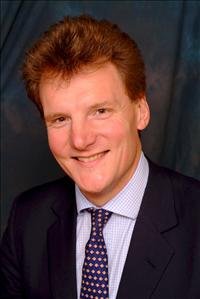 Que. Why is he promoting WPI’s change of use of its land at Three Farms Meadow?

Ans. Well you’d have to ask him of course. When I asked him whether he has any financial interest in WPI he was evasive. But he has stated that he had no conflict of interest. It is not clear if that means that he is does not personally stand to make money if WPI manages to achieve a ‘change of use’ of Three Farms Meadow. Funnily enough he has an executive position on the Vale of White Horse District Council.  He is ‘Cabinet member for planning policy, including the core strategy’.
Que. Aren’t the Conservatives supposed to support the Green Belt?
Ans. Yes it was a manifesto commitment of the Guildford Tories, apparently. They do not seem to be living up to their election promises though.
Que. Does Mike Murray have any connections with the GBC executive?
Ans. Dont know. But he was seen by constituents at one of the GBC roadshows promoting the Local Plan. Apparently he spoke in favour of a ‘new town’ at Wisley.
Que. Anything wrong with that?
Ans. Yes. People who were there say he did not disclose any affiliation with WPI. So innocent members of the public could have received the impression that his comments came from a disinterested member of GBC. Taken with the fact that WPI and its agent Savilles state that GBC is ‘promoting’ the former Wisley Airfield as a site for a new town it all looks rather cosy.